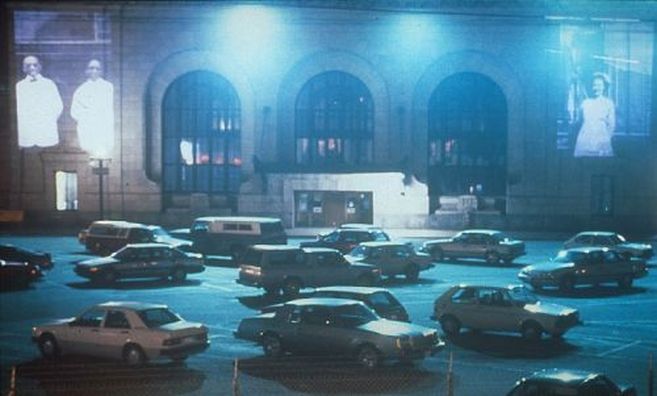 Reviews:
"The images don't just appear in one click of the projector, but gradually fade in and out of focus, giving a ghostlike impression to their presentation: the effect is strangely seductive, because although you are aware that the photographs are being projected, it seems as if they are emerging from deep within the buildings consciousness.  — John R. Wilkins, The Daily Californian, Berkeley, California, November 22, 1991

"It was a magical night, which can happen when the sky is clear, the moonis nearly full and the subject is trains. Johnson's show is the only nice thing to happen to the historic, 79 year old building in a long time".  —  Steve Rubenstein,  The San Francisco Chronicle, November 27, 1991